Pragmatic and pessimistic, Glen traverses the dangers of the City alongside Lex, Ryan and Zandra. He continuously clashes with Lex and his so-called ‘brilliant’ plans, knowing that his rival will throw them all to the lions at a moment’s thought if it means that he will somehow come out on top. But another source of their distaste for one another seems to stem from the fact that they are both in love with the beautiful Zandra.

Managing to arrange a meeting with the Locos, Glen remains cautious and on guard. When the situation however dramatically backfires, the group are forced on the run. Lex seizes on the opportunity to get rid of him for good. Kicking over the boxes stacked on the back of the fence, Glen is trapped on the other side, quickly becoming ambushed by Zoot and the Locos. The others do not see what had occurred, and Lex plays up events as Glen sacrificing himself in order to allow them to escape.

Glen however makes a shocking reappearance during the Tribal Gathering. It is revealed that he was beaten and abused by the Locos, but he held on, managing to prove his toughness and his ability to survive – finally joining the frightening tribe. He immediately provides Lex with a demonstration of all that he has ‘learnt’ within the Locos, beating him up and destroying the wind turbine. It is an event that the Mall Rats narrowly escape with their lives.

Glen certainly seems to be the master of shocking appearances. When Jack uncovers an ‘adult’ on his monitors, no one but Patsy will believe him. She sets out to track the adult down and brings him back to the mall. The tribe are shocked to discover that the adult is in fact none other than Glen, aged beyond his years due to the re-emergence of the virus. As his condition quickly deteriorates he confesses that he is till in love with Zandra, and forces her to promise that she will get with him as soon as he gets better.

This dream however does not come to pass. Glen passes away, his body burned in a ceremony held by Tai San. 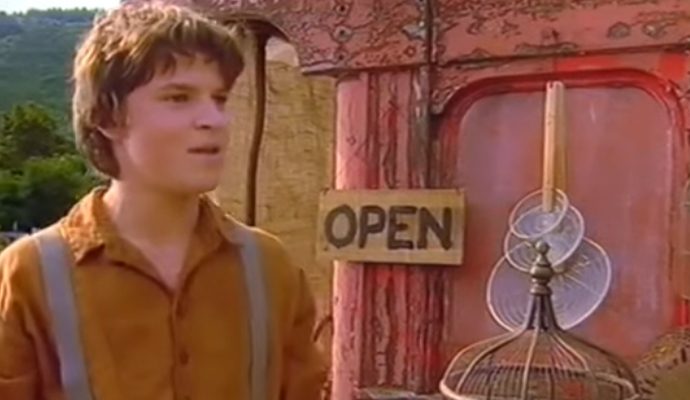