Ever since the Gaians were marshaled against the Guardian and the Chosen, the tribe have managed to slowly return to some semblance of peace, resuming their delicate spiritual balance between man and nature. However, this balance is about to be threatened by the emergence of Ebony and Jay who are on the run from the Techno forces. Hawk, who has been leading the Gaians in both Pride and Amber’s extended absences from the tribe, is immediately standoffish and unwelcoming to the fugitives.

As far as he is concerned, the quicker they are gone, the better.

His worse fears come to pass … as the Technos raid the Gaian’s encampment. In order to save Trudy, Hawk is forced to keep her pinned to their unnoticed location, even though this means that Brady is captured. In the final battle against the Technos, the Gaians are forced to once again lend their aid in a fight that many members of their tribe would state is far beyond their concerns.

Delivering the news of Pride’s death only cements the brewing divide between the Gaians and the Mall Rats. Hawk takes out his anger on Amber, commenting on whether she wants more of his tribe to die in yet another battle that is ultimately meaningless. Despite his current frame of mind, Hawk accepts Pride’s talisman from Salene, and promises to go through with the ceremony for the departed.

After the ceremony, Amber confronts Hawk about his hostility, and he reveals to her the nickname that the tribe have given her ‘storm crow’ because of all the ill fortune that follows in her wake. He tries to reach out to Amber one final time, telling her how much the Gaian’s still need her, but if she leaves again, she will no longer be welcomed back. As Amber is needed within the Mall Rats, she reluctantly cannot return to a life amongst the Gaians. She hands over her own talisman … and Hawk throws it to the ground, disappointed in her.

It is some time later, when Hawk discovers Salene and Mouse wondering around in the woods alone, that we discover that the Gaians have moved their camp to a new, more secluded, location. In a welcoming ceremony, he inducts Mouse – who is fed up with the fight against the Technos – into their tribe. The same offer was made to Salene, but the memories of Pride are too much to bare – she can’t stay. 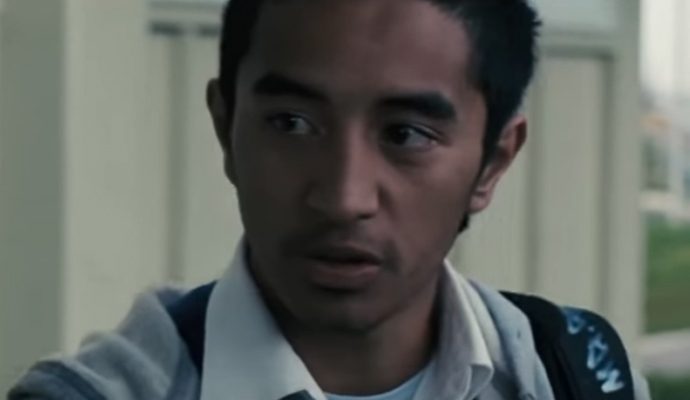 A boy from an abusive family wants to escape, but doesn’t want to desert his younger siblings. Produced by Tom Hern (Ram) and written / directed by Sam Kelly (Hawk).