Reserved, quiet, and very shy, this computer geek seems like the most unlikely old friend and ally of Pride’s, but regardless, he is willing to join in the fight against the Technos. After having lost his brothers during their initial invasion, Patch is more than happy to lend both his knowledge and aid in hacking the Techno’s systems, giving the Mall Rats an edge that they so desperately need, especially with the recent loss of the resident computer expert, Jack.

We begin to slowly see more layers to Patch as he is assimilated into life within the Mall Rats, seeing more of his sweet and caring nature. It comes as no surprise that this is lent into a passion of his – to become a Doctor. When the Mall Rats manage to set up a hospital, Patch is the most natural fit. However, his dreams are dashed when the hospital is trashed. Patch does not give up, wanting to start over.

This young man soon finds himself attracted to Dee. Though the former Mozquito was initially attracted to Lex, she has begun to warm to him due to his caring nature. The two soon start a relationship, becoming a couple.

In the lead-up to the final battle against the Technos, Patch and Dee decide to leave and start anew, not wanting to participate in the final fight. They leave a message for the other Mall Rats, wishing them the best of luck. 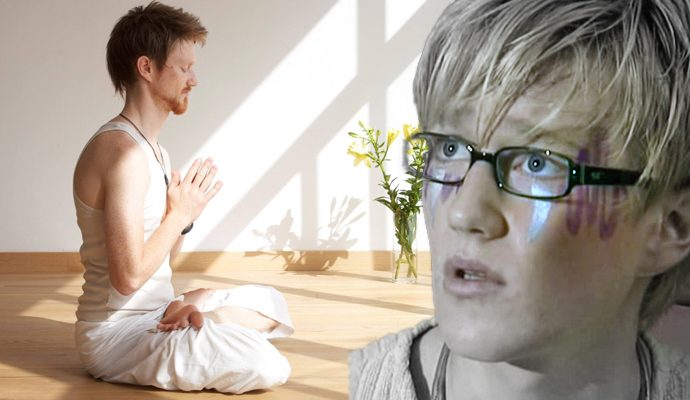 An Interview With Morgan Palmer Hubbard

THETRIBE.CO.UK presents an interview with Morgan Palmer Hubbard who played the role of Patch in THE TRIBE.