The extremely intelligent leader of the Techno forces is able to turn his hand to very complicated programming, possessing a quick-thinking mind which excels in the adaptation of technology and the implementation of weaponry. Yet, for all of his obvious genius, these attributes are tempered by a deep-seeded arrogance, a violent temper, as well as the irrational nature of his germophobia.

However, despite his sometimes sudden and shocking outbursts, Ram possesses a wit and sarcasm that he isn’t afraid to display, and he enjoys his moments of escapism within Reality Space. Setting his sights on the occupation of the City, Ram directs the Technos to conquer and invade. His ethos is to return the world to a sense of civilisation based on technology, which will in turn, make it easier to run … as well as control.

To this end, Ram creates various programmes to try and enhance the lives of those within the City, including turning the electricity back on, and introducing virtual reality to the masses. He is married to Java and Siva, and wants to complete the collection on discovering the third sibling, Ebony. Ram doesn’t take no for an answer, and eventually takes Ebony as his bride. However, despite being in a unique position of power, Ebony is not happy, especially because of her growing attraction with Jay, and eventually leaves him, going on the run with the former Techno general.

This incident sees Ram more angry than heartbroken. One of his ‘trophies’ has escaped. He also has bigger problems, as Ram’s secret Paradise Project is nearing completion, a project that will see him finally escape this mortal coil and live forever within Reality Space. As the endgame draws near, Ram believes that he has achieved his goal … but in reality he has been duped, ending up discarded on a trash heap in a dazed and confused state of mind.

Rescued by the mysterious Slade, this unlikely alliance sees massive changes in Ram. Taking him to Liberty, Slade is the catalyst which enables Ram to walk again, who previously thought that it was impossible due to a failed self-diagnosis after the virus. Slade seems to know who Ram is, as he begins to bring the former Techno leader components in order for him to build a computer, but, when Ruby finds out, she tries to smash it. Ruby has a strict ‘no Reality Space’ policy.

Ram convinces her that he is building it to save Slade, and with her attraction to him, Ruby leaves them be. It is during this time that Ram’s past comes back to haunt him when Lex, Ebony and Siva all end up at Liberty. Despite their anger and mistrust with one another, the group realise that they need to work together in order to bring down Mega. Ram also realises that Java needs him and he goes to bring her from the City to reunite together in Liberty.

However, the animosity between Java and Ebony has only gotten worse since they rediscovered one another. This soon ends up in a duel between the two on the streets of Liberty. In a last ditch attempt to save her family, Siva jumps in between her sisters. This action sees her accidentally killed by Java, who was aiming for Ebony. In a rage, Ebony fires back, killing Java in turn. Devastated at the death of Java, Ram blames Ebony, but he manages to keep his cool though and continues to work with the group in order to reclaim his lost throne. He succeeds and Mega is taken into custody.

But secrets and Ram go incredibly well together. We soon discover that both Mega and himself have been working on the creation of a highly advanced Artificial Intelligence … one based on Zoot no less. This AI was to be the heart and control of his network. However, through its research on humanity, the AI version of Zoot concludes that humans themselves are the biggest threat to the world. The AI gains access to a secret virus that is being held within the Techno compound, with the intention of releasing it into the atmosphere. Both Ram and Mega attempt to stand against the AI – but they fail.

With no time, and no options left to them, Ram is forced to leave his entire empire behind and flee the City alongside the Mall Rats.

Desperate to turn the trawler around and return to the mainland, the Mall Rats are shocked and uncertain as to why Ram is so insistent on heading back into that possible hell. There is no telling just how far the virus had spread. But Ram’s insistence takes a rather dramatic turn as he attempts several mutinies, including taking control of the small vessel and using up even more of their precious – and very limited – fuel reserves.

As the group end up shipwrecked on an island, it is Jay who is tasked with uncovering what it is that Ram is concealing. Reluctantly, Ram eventually reveals his knowledge of an individual named Kami and his tribe, the Collective. Through the extensive network of tribes under his command, Kami is set on ruling the entire region, and was most likely the one behind the AI Zoot’s programming going haywire and the release of the virus. Though the Mall Rats have a hard time believing a word that he is saying, Jay urges the others to listen.

The Mall Rats soon encounter a member tribe within the Collective, the Legion, which also sees them reunited with the missing Mall Rat, Bray. As for Ram, he is captured by the surviving members of the Legion, which are being led by Ebony and Axel.

Held prisoner by Eloise and her Zootists, the seductive brother to Blake is determined to break Ram and uncover all the secrets that Kami demands. It is these secrets that eventually see the Mall Rats return to not only the City, but a journey back to the place where it all began – Eagle Mountain. We learn that Ram did not conceive of most of the technology that he has been credited with. Although he adapted most of the technology to his own purposes, it was originally technology devised by the adults.

We learn of secret ‘arks’, the last ditch attempt to save the best of humanity as the virus rampaged throughout the globe. Ram adapted most of the hibernation chambers, which he had previously uncovered in the secret vaults of Eagle Mountain during their initial invasion of the City, into Reality Space interfaces.

Eloise forces Ram to reveal the access codes to level 2 of Eagle Mountain. The former Techno leader has no choice but to unlock it, his life is on the line. He later uncovers a special data drive and the access ring that is hidden on one of the adult’s bodies – it contains the accumulation of knowledge from the adults. This seems to be the secret prize that Kami has been after all this time. With the aid of the Mall Rats however, the AI system is shut down and the group retrieve the priceless artifact.

These shocking events reveal that the adults were more prepared than the Mall Rats ever realised, and that, perhaps, there is more to the virus than a simple pharmaceutical accident. Whatever the real truth may be, Ram still has many questions to answer … and the Mall Rats are still to face Kami himself and his Collective. 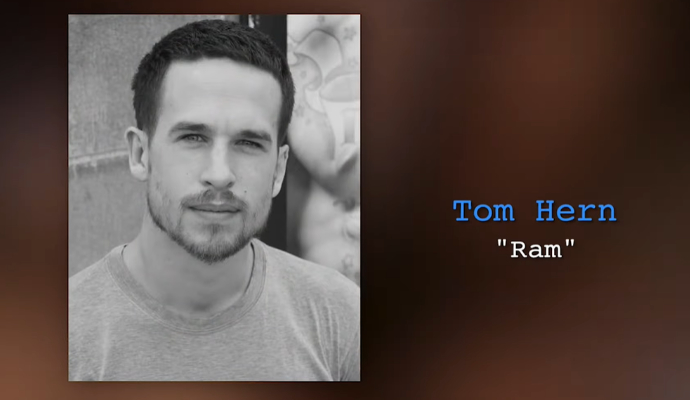 Raymond Thompson hosts a lockdown interview with Tom Hern. Tom played the role of Ram in The Tribe. 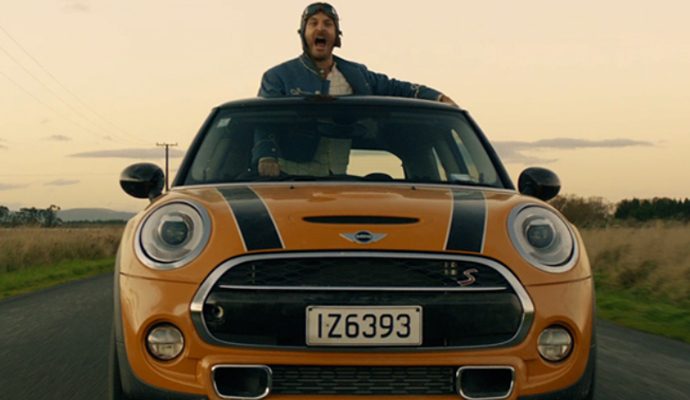 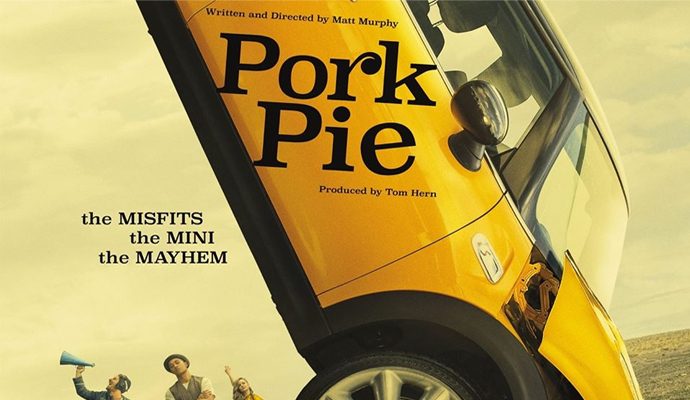 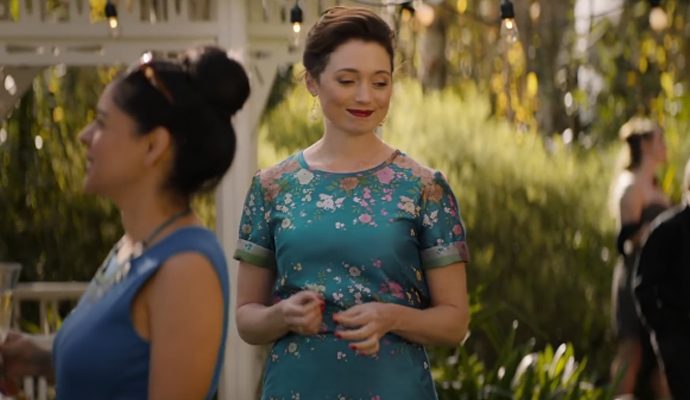 PORK PIE tracks the escapades of a trio of accidental outlaws as they travel the length of the New Zealand in a yellow mini, protesting conformity and chasing lost love, with a posse of cops and a media frenzy hot in their pursuit. Starring Antonia Prebble (Trudy) and directed by Tom Hern (Ram). 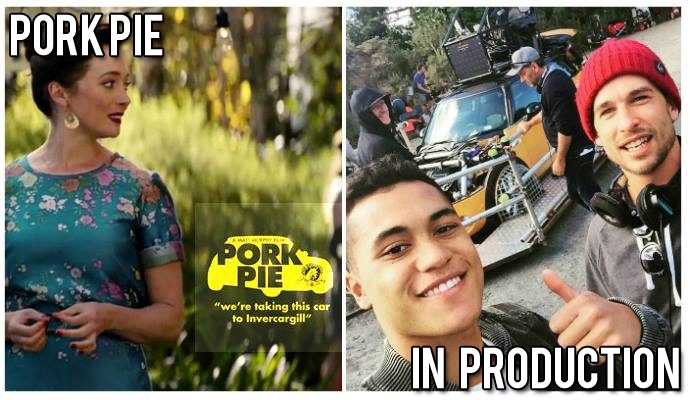 What do you get, when you combine the talents of Tom Hern, Antonia Prebble and add a little yellow stolen car to the mix? PORK PIE, that’s what. A contemporary take on the NZ classic road movie. 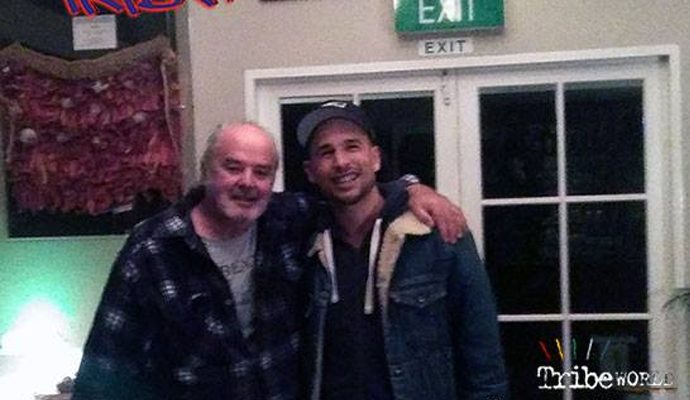 The Tribe Official facebook page revealed this photo of a meeting / visit between Tom Hern (Ram) and Raymond Thompson.