An individual who has changed the most throughout her tribal journey, Salene starts out as a scared and struggling mother figure before eventually blossoming into a strong and independent woman. When we first encounter the young woman, Salene is attempting to take care of Patsy, Paul and Cloe in the aftermath of the virus. She is unable to leave them to the fate of this frightening new world, and yet, there is only so much that one person can take. She was just about to give themselves up to the Locos before a chance encounter with Amber and Dal changes all their lives for the better.

Finding a home within the mall provides Salene with the safety that both herself, and especially the kids, need. She finds herself trying to aid Amber in the upkeep of the mall, as well as looking after Brady when Trudy becomes ill. This event however causes a rift between them, as Trudy believes that Salene is only trying to get closer to Bray. Salene can’t completely deny this statement, as there is a spark brewing between them. A shared kiss with Bray only further cements the wedge between herself and Trudy. Their rivalry eventually ends in Salene allowing Trudy to take her own life, and when this is narrowly stopped, she realises that Bray is not worth it.

This event sees Salene begin to struggle with her own inner demons. When food starts to go missing in the mall, we realise that Salene is the culprit – forced to both over eat and purge due to her illness, bulimia. Eventually, she is driven to the docks in her search for more food, where she encounters Roanne.  In exchange for the promised food, Roanne wants her to be ‘nice’ to anyone they send in. Luckily, Ryan stumbles into the docks and breaks her free.

It is from this moment that the two begin to forge a bond. When Salene falters and falls into her old ways, Ryan is there to reassure her. Their friendship begins to help Ryan move out from Lex’s thumb, and help Salene grow more confident with herself. The two become the unofficial parents of the mall, with Salene promising to keep things together when it looks like the tribe will fall apart in the wake of Amber and Sasha, and other events.

Making the trip to Eagle Mountain, Salene is as distraught as everyone else when Amber and Zandra are taken from the Mall Rats. Yet, she is determined to help keep the tribe together. Upon their return home, and the power gained from the possession of the antidote formula, Salene tries to help the kids in the city by setting up lessons for them. She continues her relationship with Ryan, however when Ryan wants to take their relationship one step further, talking about a family, Salene realises that she is simply not ready for this commitment. Though she makes it clear to Ryan, he is not able to back down from his dreams.

This slowly pushes her back into her old feelings for Bray, especially now that Amber is no longer around. She gets advice from Trudy and decides to tell Bray how she feels. She does so in a rather explicit way and Bray is forced to let her down – that small thing they once shared is long over. Salene leaves the mall and runs into May, who saves her from Lips, Dimples and Teeth – the Smile. May realises Salene is pregnant and convinces her to go back to the mall and marry Ryan.

Returning home, Salene manipulates Ryan, and the two get married in a special double ceremony alongside Lex and Tai San. Though Salene is still somewhat cold towards him – he will never be the mysterious and spontaneous man of her dreams like Bray – but, during the Chosen invasion, she realises that she does have strong feelings for him.

When the Chosen take over the Mall, Salene is captured as a slave and she relies heavily on Ryan. Growing concerned about her unborn child, May convinces Salene that she needs to join the Chosen. Salene realises the practicality of doing so – she has her baby to think about. However, it is within the Chosen that Salene begins to slowly convert – finding wisdom and safety in their teaches of the chaotic Zoot. When Ryan sees the changes happening within her, he grows resentful and no longer trusts her.

However, Salene keeps trying to win him over, wanting him to still be a part of her life and to convert to the Chosen. When Salene tells Ryan about the Chosen taking the baby, he completely loses it and attacks the Guardian. It is this event which sees Ryan taken away from the mall. Salene is extremely upset and, during an argument with Alice, she falls down the stairs and loses the baby. This event sees Salene fall further into depression and she ends up putting her feelings into Luke.

When the Chosen are defeated, Salene continues to sink in her spiral of despair. When she slowly begins to recover, she learns that Ryan is alive. Taking KC’s horse, Apollo, Salene rides off to try and find her lost love.

When Salene returns to the mall, she encounters the seemingly mute Mouse and Charlie, but also discovers that the Technos have taken over the city. Her time away has had a positive effect on her. Though she did not manage to find Ryan, Salene is now a lot stronger and self assured – making her opinion known. With Amber giving birth and hiding within the Gaians, Salene steps up and becomes a leader in her own right.

During this time her relationship with Cloe becomes very strained. Salene doesn’t like the choices that Cloe is making, but this only makes the teenager act out even more. This isn’t helped by the fact that Salene and Pride’s relationship is something that Cloe had wanted for herself. Cloe however soon finds love within the Technos in Ved, further straining her relationship with Salene.

Salene and Pride however go from strength to strength. Salene helps lead the tribe in the overthrow of Ram, but this brings its own problems.

In the aftermath of Ram’s rule, Mega takes over the city and begins to implement his own secret agenda. She is eventually captured by Wizard and Stats, who hold her hostage. Due to Salene’s relationship with Pride, May helps them keep Salene hidden away, somehow hoping that she will be able to get back Pride. May’s deviousness only ends up in Pride’s death. Salene is completely distraught at the loss of the Gaian, sending her back into a depressive spiral.

Returning to drinking, Salene hides her vice from the tribe, but the others begin to see what she is doing. Mouse reaches out to her and eventually makes a break through. Wanting to start anew, Salene heads to the Gaians, but realises that she can’t leave the Mall Rats, her family. Returning without Mouse, Salene returns to her stronger self. Her friendship with May grows closer. Eventually, these feelings grow confusing between them when May kisses her. Though Salene makes it clear that she is not interested in her like that, the two continue to be close friends.

On the small confines of the trawler, Salene is charged with the difficult task of keeping an eye on the hysterical Trudy, as well as aiding in keeping the peace and looking after the younger tribe members. Salene however, takes all these issues in her stride, and continues to look out for her friends in the aftermath of the crashed cargo ship. When May loses Zak, Salene watches over her in her depression.

Throughout this time, Darryl attempts to make a connection with Salene, believing that they are the next natural match amongst the Mall Rats, but Salene is simply not interested. She even grows angry with Darryl when he attempts to feign unconsciousness on the beach in order to steal a kiss from her.

However, after the events unfold concerning the Legion, Salene begins to marvel at Darryl, especially his energy, charm, and humor. She begins to realise that there might be more to him than she initially gave him credit for. She is now determined to open up and uncover more about him.

As the Mall Rats are still attempting to deal with events since arriving at the island, Salene comes to the realisation that May is struggling with her old depression. May had opened up to her about her clinical diagnosis back before the virus hit, but everything that she has been through recently is triggering it all over again. Salene is determined to stick close to her friend and watch over her, promising to see her through this.

But what Salene doesn’t realise is that May’s depression has multi-sources … and it all comes back to her feelings towards her. Though Salene initially believed that May had gotten over her apparent ‘crush’ when she had gotten together with Zak, it seems that this isn’t the case at all, as she discovers when May finally reveals to her the truth.

But though May expects to be given the cold shoulder once more, she is shocked to discover that Salene does feel the same way about her, she just did not want to admit it about herself. The two become a couple, with all the Mall Rats banding around them in support, including Lex. 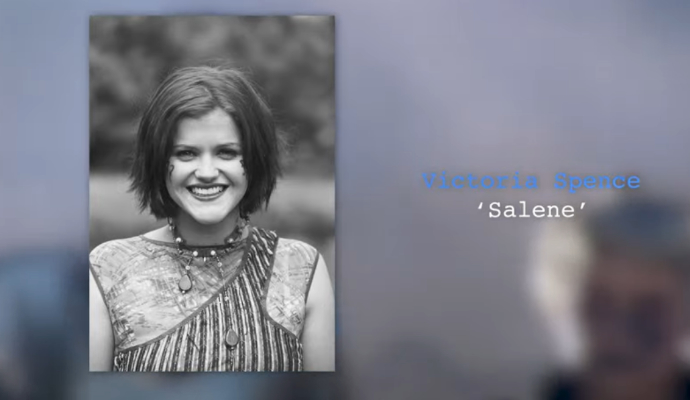 Raymond Thompson hosts a lockdown interview with Victoria Spence. Victoria played the role of Salene in The Tribe. 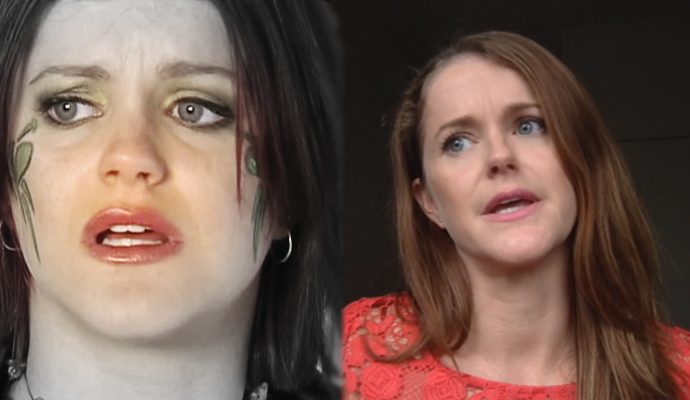 A Video Interview With Victoria Spence

THETRIBE.CO.UK presents a video interview with Victoria Spence who played the role of Salene in The Tribe. 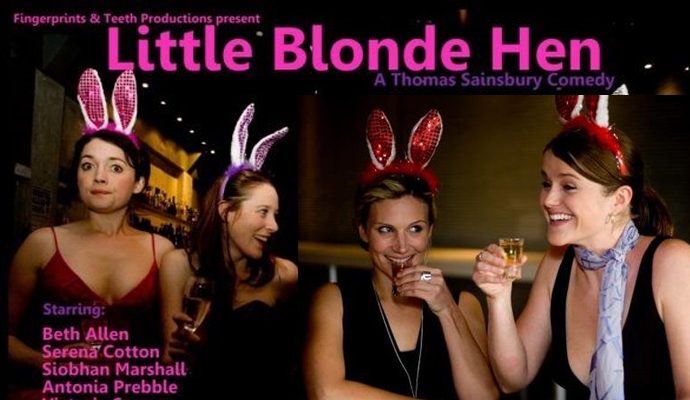 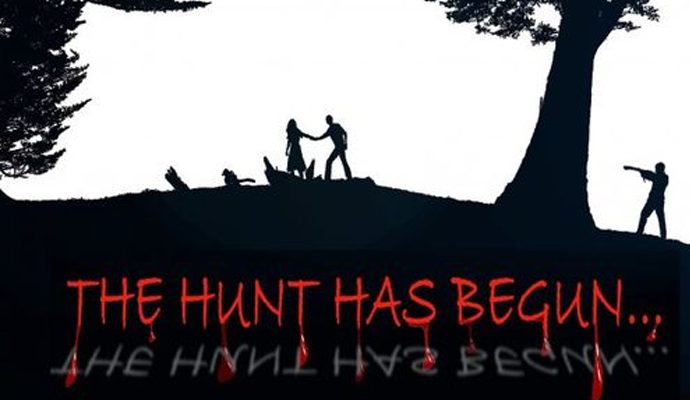 Three siblings drive north. Their car breaks down. They walk to the nearest town. They are never seen again. This is their story. Join Felix, Justine (Victoria Spence – Salene) and Max as they face their worst nightmare – and yours. 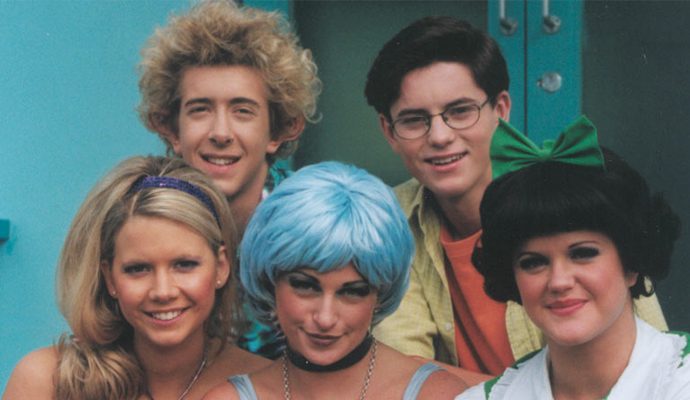