With an inability to listen and take orders, this gruff – and not too bright – young man might appear to be a prime candidate as someone needed to be taught a lesson and beaten into submission in a tribe such as the Locos, but his loyalty to the tribe is without question … it is his loyalty to Ebony that is the sticking point. Ignoring her demands and promising that he knows where to get the antidote to the virus, Spike returns with fake bottles being peddled down on the streets and is humiliated by Ebony as a result. Spike continues to believe that he knows best, and seeing Ebony grow more soft the longer that Bray is around, he makes his own play for power, attempting to overthrow Ebony and take control of the Locos.

With Bray’s help, Ebony manages to survive the attempt on her life, and makes a run to Eagle Mountain alongside the Mall Rats.

Infected by the virus like so many others, Spike turns up at the Mall, demanding to be given the antidote. With none left due to the high-demand within the City, he is forced to wait and return the day after. And return he does, with some ‘muscle’ to back himself up. Ebony intervenes, promising to provide Spike with the antidote if he provides her with his group of muscle. Ebony forms these remnants of the Locos into her own private Militia. Spike seems content within this role and a closer seat to powerful and luxury, lending his aid on numerous occasions.

But when Ebony’s plans to uncover the formula to the antidote, and later to frame Danni, begins to unravel, she urges Spike to take the fall for everything. Spike agrees, leaving the Mall and his life behind. However, resentment begins to build within him at being forced to give up what was a cozy existence. Laying down rumours of his discontent at his situation, he lures Ebony into a trap of his own design. He promises to let Ebony go if she begs, but much to his frustration, Ebony outright refuses. Spike cannot comprehend why he can’t get Ebony to do even the simplest of things that he asks, and so, is determined to keep her locked up.

Eventually realising that he is never going to break Ebony, Spike decides to leave her tied up in the warehouse for good. Ebony however, is quickly discovered by Alice, Tai San and Cloudy.

It is several weeks later when Spike is suddenly found dead and floating in Ebony’s pool. However, this comes as more of a shock to Ebony as much as to anyone else. It appears to have been another of the Chosen’s plans to discredit and sow distrust before their invasion. 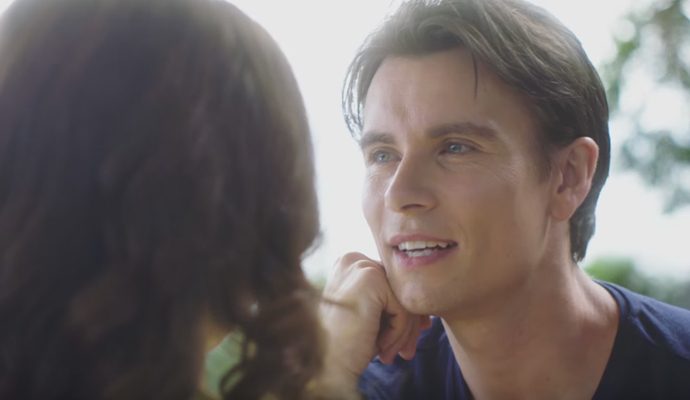 Lee Donoghue Stars In ‘Fall Into Me: British Billionaire’

After securing a position at one of the top real estate agencies in Los Angeles, Laura finds herself with a wealthy client, Trevor (Lee Donoghue – Spike) who has his sights set on her. Finding it difficult to resist his charm, she struggles between relationship and job.