When Tai San first joins the Mall Rats, seemingly by chance upon rescuing Cloe from the clutches of the Locos, no one really understands her. She is described by almost everyone as a ‘space-cadet’ due to her spiritual beliefs which no one seems able to wrap their heads around. Indeed, perhaps Tai San herself would be incapable of describing herself. She is her own person, someone in tune with nature, with the aura of people around her, and possesses a willingness to do things in an entirely different way, her own path … whether that rubs people up the wrong way or not.

The one person who seems to really care about what she thinks is Zandra. Zandra initially listens to Tai San, frequently asking for advice, especially regarding Lex. However, a serious issue comes between them when it is discovered that Tai San has been sleeping with Lex in order to help calm him down for the ‘good of the tribe’. Tai San genuinely believes that she was doing the right thing for everyone involved, and there doesn’t seem to be any real maliciousness behind her intentions. Which is why many find it difficult to understand this young woman at times.

This situation creates a distinct uneasiness between the two, and a feud ensues. Tai San however, takes it all in her stride, and doesn’t appear to be phased by it at all, continuing to be herself, even in the aftermath of the Tribe Circus invasion when Zandra almost got her revenge on her.

Despite all of this, it is Tai San who is the main reason behind the journey to Eagle Mountain, with her vision pushing the tribe to attempting the trip there. She takes them on a physical and spiritual journey, following her inner spirit telling her the way to go, especially when Jack loses his navigation tools. The Mall Rats make it to Eagle Mountain … and their lives are about to change significantly.

Following the path laid out via the observatory on top of Eagle Mountain, it is Tai San who discovers the secret formula to manufacturing the antidote to the virus. Knowing just how important this information is, Tai San makes the risky decision of destroying that knowledge, keeping it for herself and her innate herbal lore in order to recreate it. Though this action saves the tribe, and the entire city since the antidote is able to be replicated, it places Tai San in a unique position of power.

Tai San however, unlike Ebony and Lex, does not want to lord it over others, determined to give the antidote away for free. During this time the stress of the antidote, and producing such a large volume of it, starts to get to Tai San. She becomes irritable and arrogant, not willing to have anyone look after her or look out for her. This causes an accident, caused by KC, which eventually results in Tai San being reborn. Tai San begins to forge a friendship with Alice, who initially took on a role as her bodyguard, but their relationship grows closer than that – becoming true friends. However, this causes tension when Tai San begins a relationship with Lex … someone who Alice is completely head over heels for.

Desperate not to her hurt her friend, Tai San wants Lex to let her down as gently as he is able, but Lex is also unable, and unwilling, to hurt Alice. Keeping the secret of their relationship begins to tear Tai San apart, and she can no longer keep up with the deception. In the end, the truth does come to light, but after the distance between them, the two become friends again and Tai San marries Lex in a dual ceremony with Ryan and Salene.

Tai San is tested during the time with the Chosen, refusing to kneel to false gods and determined to never give in to their demands – her own faith, her own path, is too strong for this. Though this places the other Mall Rats in a strained position of no rations and harder work detail, Tai San is able to weather through it all – having usually fasted and worked hard at times. Her state of mind immediately attracts the attention of the Guardian who grows infatuated with her, but it is an infatuation of a spiritual nature more than a physical connection.

Growing close to the Guardian, Tai San uses this position to try and break through to him. Instead, she manages to push him further into his own madness. When the Guardian is eventually defeated, Tai San is unable to turn her back on him and his broken mind. Despite Lex’s hatred, she stays by the Guardian’s side, looking after him, and even putting his own well-being ahead of her own. This pushes Lex away.  Eventually they make up and Lex tries to get involved with the Guardian’s care.

When it is shown that the Guardian had been faking the entire time, Tai San feels a deep sense of guilt and helps to bring him in.

Perhaps the most shocking transformation that you could ever imagine is to see this young woman, so strong in her own beliefs and sense of self, being brainwashed into something new. Yet this is exactly what happens when we encounter Tai San once more in the aftermath of events to overthrow Ram. After initially going missing during the Techno’s invasion, Tai San resurfaces … as a Techno! We soon discover that she was personally reprogrammed by Mega, which seems to be where her feelings towards him are coming from.

Despite this, we see Tai San’s old loyalties for the Mall Rats rise back up to the surface as she sees Brady reunited with Trudy, and tries to confront Mega when she hear rumours of the so-called plans to kill the Mall Rats. It is this event however which tells Mega that his efforts with her weren’t thorough enough. Tai San is sent back for more reprogramming. She resurfaces more calm and collected, intrigued by Lex and his new companion, wondering if anything has changed between them.

We will never get to find out forever, as Tai San vanishes. Having watched over the exchange with Lex, it is believed that Mega took her away from any further Mall Rat influences.

We do not encounter Tai San again until many months later. A slave of the Collective tribe, Tai San seems to have recovered her old sense of self, and is no longer a Techno. Working the fields, Tai San is soon taken by the tribe and presented to the mysterious Kami at his base – an old island resort. It is here that Kami begins to drill her on the secrets contained within Eagle Mountain. 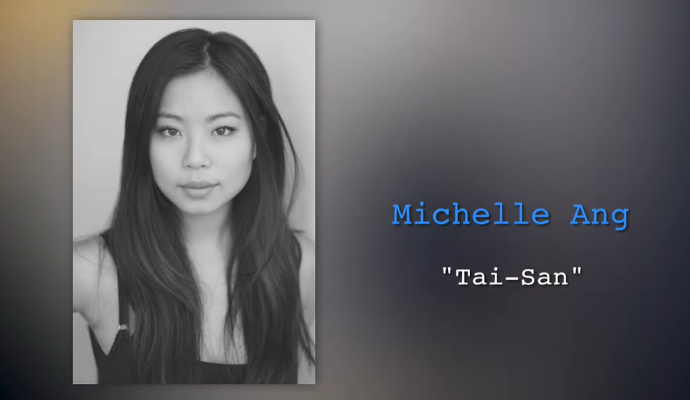 Raymond Thompson hosts a lockdown interview with Michelle Ang. Michelle played the role of Tai San in The Tribe. 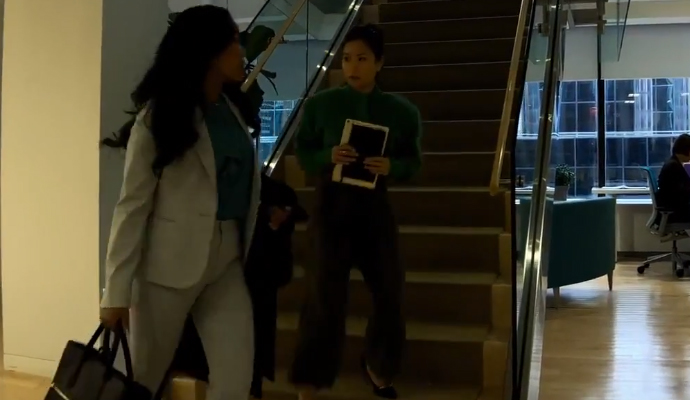 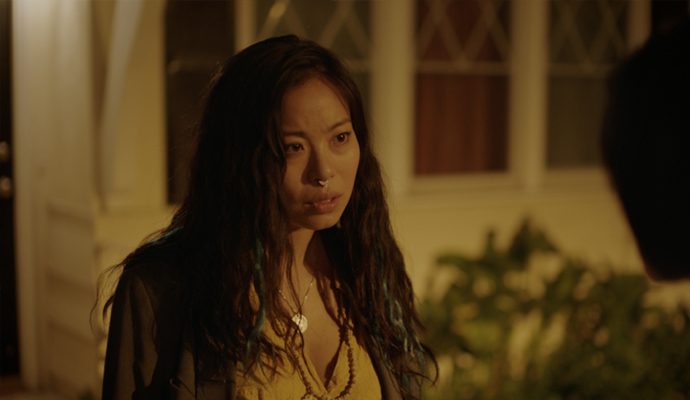 For Izzy deserves all the awards it’s been getting. It’s simply a beautiful film you don’t want to miss. 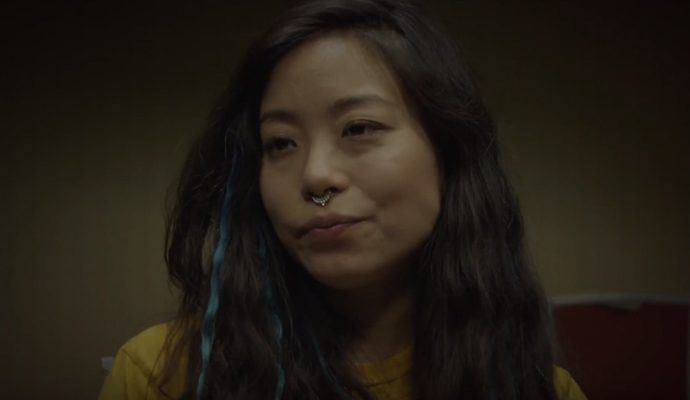 The lives of a recovering addict and her single mother change forever when they move in next door to a widowed father and his adult daughter with autism. Starring Michelle Ang (Tai San) as Dede. 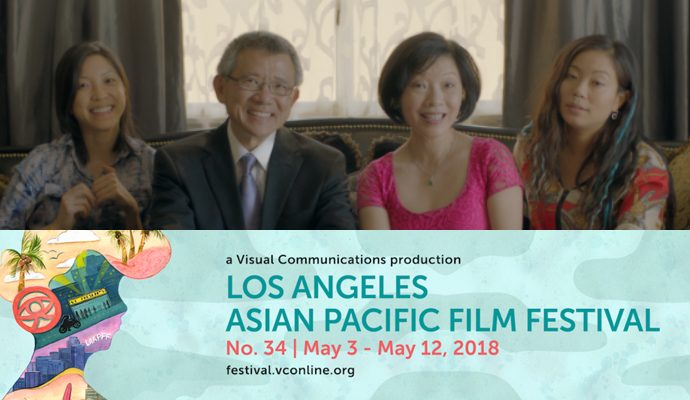 With the film beginning its film festival circuit tour a few weeks ago at the Ashland Independent Film Festival, For Izzy will next be targeting Los Angeles within the Asian Pacific Film Festival!

‘For Izzy’ Heads to Festival Circuit