This highly intelligent and slick Techno officer is also a young teenager – which might go some way to explaining why he possesses a chip on his shoulder at least a mile wide! Ved instinctively believes that he is better than the other kids in the City – the ‘virts’ as they are so called – and he does his best to show his power any chance that he gets. During the Techno invasion, it is Ved who helps to intimidate and round up city kids, revealing that he has no problems in using his weapon to hurt them.

The younger sibling to Jay, Ved couldn’t be more different to his older brother. Though Jay wants to use their power and influence to bring about order and stability to the chaos all around them, Ved would rather show off and display both their power and knowledge. Deep down, Ved truly believes that the Technos are inherently smarter and better than the others, and so, they deserve to be on top. It is an attitude that he has picked up from Ram, and that Jay tries to warn him against.

Ved meets Cloe in a bar and, despite showing initial interest in her, the young teenager decides instead to humiliate her. Cloe tells everything to Dee, who helps makes sure that Ved gets his comeuppance. It is this event which sees Ved deeply humiliated in front of the city kids, and yet, it is also the moment when he starts to truly respect Cloe. Perhaps there is at least one amongst the ‘virts’ who has some spirit and fire in them. Ved soon manages to talk Cloe round and the two start seeing each other, despite the protests between both the Mall Rats and the Technos.

The relationship becomes very serious very quickly … leading to Cloe believing that she is pregnant. When Ved is told of this, he switches, wanting no further interest in either herself or a kid. Rather than take responsibility, Ved dumps Cloe instead. As can be expected, Cloe is heartbroken at this sudden turn of events, and decides to help the Mall Rats by becoming a spy. She manages to get Ved drunk and get information out of him. It is during this that we uncover Ved’s feelings for Cloe, since her name is her password. It isn’t long before Ved and Cloe become close again.

Ved introduces Cloe to his passion – coding and reality space – and she loves it. However, Cloe soon becomes lost and Ved, knowing that Ram is behind it, battles him for a chance to get her back. Ved loses and realises what Ram really is. Though we do not know what has ultimately become of Ved, while he has been classified as ‘deleted’, it does not necessarily mean that he is dead. 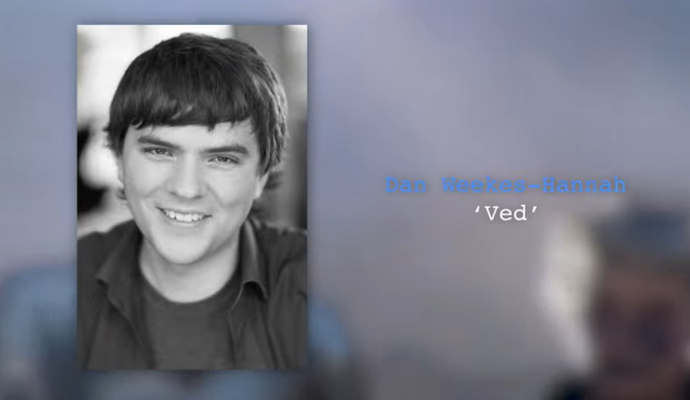 Raymond Thompson hosts a lockdown interview with Dan Weekes-Hannah. Dan played the role of Ved in The Tribe. 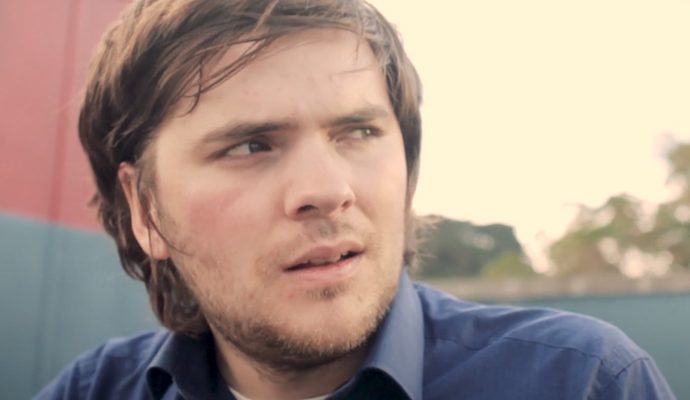 A long suffering wife comes to a crucial crossroads in her life… Starring Dan Weekes (Ved).