Zandra is a fun-loving individual who is eternally loyal, honest and vain! At first it seems as if all she cares about is her appearance and that she’ll follow Lex wherever he goes. However, it does not take long until Zandra is standing up for herself, making her own feelings known within the tribe. She isn’t backwards about coming forwards, either, showing her displeasure at people or situations rather easily. For better or worse, Zandra speaks her mind and doesn’t care who she hurts.

The attraction between her and Lex is obvious from the start, but we quickly uncover that Zandra is a traditional girl at heart, only wanting to give her love to Lex if he is willing to marry and settle down. She is steadfast in her beliefs and won’t move on this position, thinking that she can tame this bad boy.

We also discover that Zandra has a dark side to her – someone who is willing to hurt those who she perceives has hurt her. She is also willing to make poor decisions if it means that she benefits, like when Lex steals the water and blames Bray. She is willing to manipulate Ryan in order to make him keep quiet and keep the situation in their favour.

We continue to see however the girl who will stand up for herself, as she is infuriated by Lex’s dalliance with Tai San, and later, when Lex attempts to go down Tai San’s healing path rather than take the antidote. These events further spurn Zandra into making some much needed changes within herself, especially when she discovers that she is pregnant with Lex’s child. She soon reunites with the rogue, who also gets his revenge on Top Hat for his attempts on Zandra.

The dramatic discovery of an antidote to the virus on Eagle Mountain was a source of great success for the Mall Rats … and also one of great sorrow. Zandra will never get to see the many accomplishments of the tribe. As the generator to the facility explodes, both Zandra and Amber are killed in the fallout.

Lex himself buries her on the mountain. 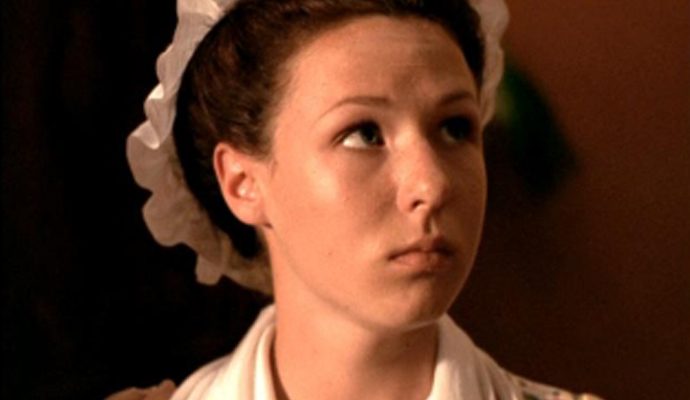 Amy Morrison Guest Stars In ‘Jack Of All Trades’