This devious young boy, who is more than happy to get involved in scams, is the brother of Ned and Tally, a family of slave traders and sly tricksters. From the onset, Andy tricks Pride into being captured, and from then on, this young scamp has always been involved in some scam or another. Alongside his sister, he quickly becomes friends with KC, and together, they set about scamming the Chosen and forging a more comfortable life for themselves.

When the Chosen are defeated, Andy and Tally continue to work with KC in conning others. It is KC who manages to convince Andy to steal the Guardian’s ring, an event which sees the Guardian terrify Andy, and he refuses to go near him after this. It is also this moment which reveals that the Guardian isn’t quite as insane as he makes himself out to be, and that there is a clear intelligence behind his mania. Though Andy tries to alert the other Mall Rats, no one listens to him.

Lex manages to convince Andy to feed the Guardian for him and the Guardian scares him even more. He eventually stands up to Lex and refuses to do it.

Both Andy and Tally shrug off the death of Ned, knowing that it was only a matter of time before he landed himself in trouble that he couldn’t get himself out of. The two set their sights on the future … but it is one that is to be brought abruptly short with the arrival of the Technos.

Andy is captured, and his final fate remains unknown. 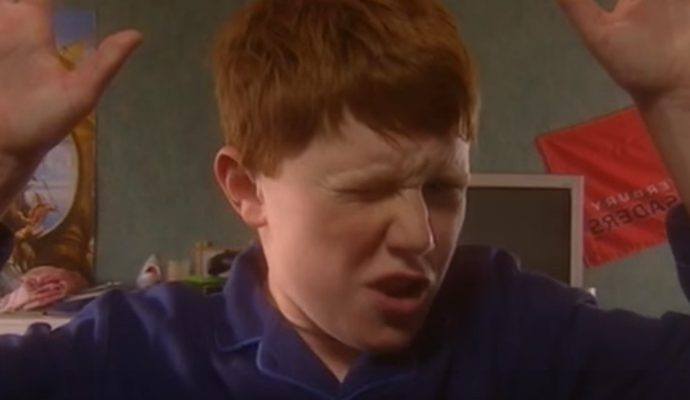 An anthology series consisting of 13 shows, each with 3 stories in each show. Featuring James Ordish (Andy) as Trevor.