A ruthless individual who will stop at nothing to spread the word of Zoot, the Guardian indoctrinates disbelievers into his cause via both blunt-force aggression and spiritual understanding – switching to either method from one moment to the next. This instability to his character runs throughout his core, until we begin to question his very sanity. Having been there when Martin initially took on the mantle of Zoot and rebelled against the dying adults, Jaffa immediately saw the imposing figurehead that he became, instantly becoming one of his most devoted followers and allies.

Witnessing the satellite over the skies of Eagle Mountain, the Guardian sees this as a sign for his tribe, a splinter of the Locos called the Chosen, to embark on a journey to the city and reforge the legacy of Zoot. The Guardian presides over strange ceremonies as the Chosen ready their plans, entering the city and instantly disregarding the antidote as something that they do not need – they will all be cleansed by Zoot.

It isn’t long before we realise what the Guardian wants, soon succeeding in capturing Brady – known as the Divine Child – and soon after, Trudy – the Supreme Mother. The depths of the Chosen’s faith in Zoot is scary. Though he knows her character all too well, the Guardian works with Ebony to achieve his goals, but turns on her the first chance that he gets. Though Ebony escapes, he has got what he came for. Leaving the city, the Mall Rats mount a counter-offensive against them, but an error by Lex sees the Guardian leave with Trudy and Brady.

The Guardian doesn’t waste the time afforded to him, escalating his plans and kidnapping people throughout the city as prisoners and slaves. He begins to brainwash Trudy, converting her into the role that his tribe needs, the role of the Supreme Mother. He soon returns her to the mall and allows her to work from the inside out in order to disrupt them as much as possible. Trudy works well, dividing the mall and even the closest friends, like Patsy and Cloe. His informants, like Wolf, are also sent in to sow lies and misdirection – forcing the Mall Rats to believe that the Chosen are finished.

Time to finally make his bold move, the city is caught completely off guard when the Guardian returns … with the full force of his army.

With the city within the frightening grip of the Chosen, the Guardian uses the mall as his base of operations, seeing it as the most sacred of locations, due to Zoot having both died and ‘ascended’ there. He forces the Mall Rats to kneel to his order and the word of Zoot, though becomes intrigued by the spiritual Tai San who outright refuses to obey. The Guardian shows just how easily he will bend others to his will, limiting the rations portioned to the Mall Rats, putting them to work, and providing regular sermons of Zoot. One way or another, they will submit.

We slowly see his dissent into madness, yet the Guardian always believes that he is doing the right thing. When the Supreme Mother continues to disappoint and not live up to the name of Zoot, the Guardian begins to realise that she is neither pure nor worthy. Tai San, who he had noticed before however, is both of those qualities and more. The final moment comes when, on Trudy’s discovery of his connection to Tai San, she attempts to seduce him. Outraged, the Guardian questions her devotion to Zoot – she is his woman and the Supreme Mother! Realising that it is time she left this mortal plane, the Guardian plans for Trudy to be ‘reunited’ with Zoot in death.

Escaping thanks to the aid of the rebels, the Guardian immediately gets to work to tarnish the name of the Supreme Mother. Yet all is not lost, as a new Supreme Mother is waiting in the wings. The Guardian continues to court Tai San, their spiritual sessions revealing the depths of his passion towards her. Despite what the other Mall Rats think of her, or what she is doing, Tai San knows that if she can continue to connect with him in this way, she can reach out and save them all. The Guardian however, is rapidly slipping into the madness.

Eventually defeated, the Guardian is held prisoner within the mall. It is during this time that an encounter with Andy raises the question as to just how insane the Guardian truly is. How much of it is a cover, and how much of it is real? These questions might never get answered, as Ned tries to kidnap the Guardian in a profit-making endeavour. The madman however easily kills him, escaping the city alongside Luke, who still strongly believes in the word of Zoot.

On the outskirts of the city, seeing the planes overhead, the Guardian tells him that the true bringers of power and chaos have arrived.

On a mysterious island located far out to sea, we see a glimpse of what has happened to some of the missing Mall Rats who were initially captured by the Chosen and the Technos. Prisoners within a cave on a beach, Alice and KC are shocked to discover an insane Guardian. Though we do not know what occurred to make him end up in such a place, we can only assume that he was taken prisoner by the Technos during his escape from the city.

During the intense Reality Space experiments on the missing Mall Rat Bray via the seductive Eloise, it is revealed that the Guardian is an avid viewer of these sessions. It appears that the new group of Zootists are somehow working with the Guardian and the Chosen. To Bray’s dismay, it seems that the horrors of his brother’s past is far from over – as the legacy of Zoot is about to be resurrected once again.

How the Guardian escaped from the prison island, or his exact connection with the Zootists, for now remains unclear.

Descending even further into insanity, the former Chosen leader is now the keeper of Zoot’s word, aiding Eloise in indoctrinating new members and captives into the religion pushed by the new Zootists. Referring to Eloise as the ‘Mother Divine’ – believing that she is impregnated with the bloodline of Zoot through Bray – the Guardian’s fractured mind and behavior continues to spiral chaotically. Indeed, he attempts to ‘smite’ a captured Ebony with powers from his hand … and is confused when the manifestation of his belief does not occur.

When their plans see the false prophet, Trudy, land in their clutches, the Guardian is determined to sentence her to death and reclaim the daughter of Zoot. In the fierce battle that follows within the mall – including a well timed throw of a lamp by Shannon on the second floor – we see the Guardian firmly stopped in his tracks.

In the aftermath of that battle, he is currently being held in solitary confinement. But can the Mall Rats truly keep such a dangerous individual? 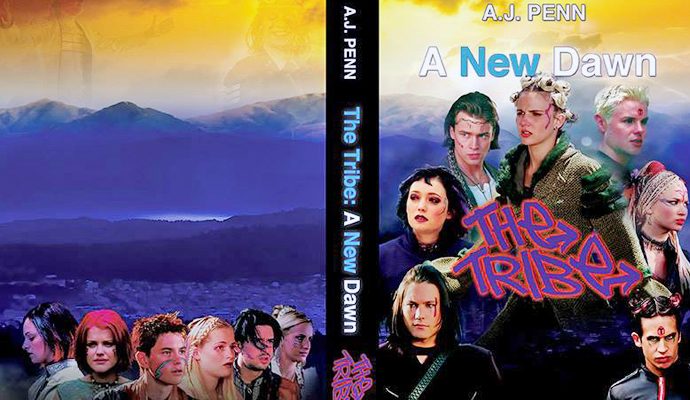 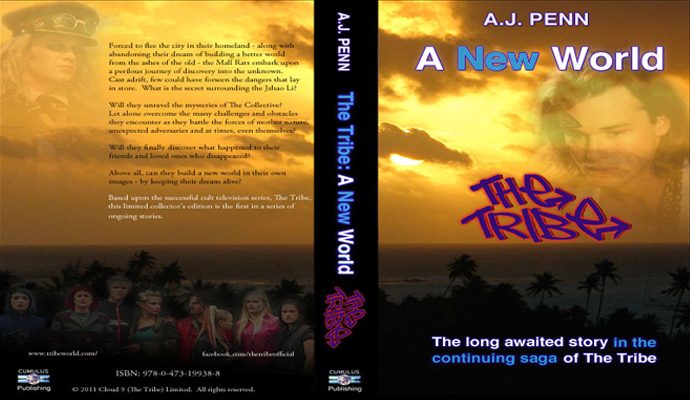 Forced to flee the city – along with abandoning their dream of building a better world – the Mall Rats embark upon a perilous journey of discovery into the unknown. 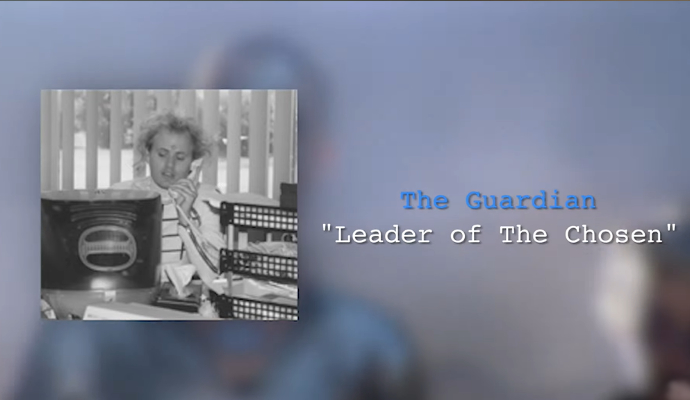 Raymond Thompson hosts a lockdown interview with Damon Andrews. Damon played the role of The Guardian in The Tribe. 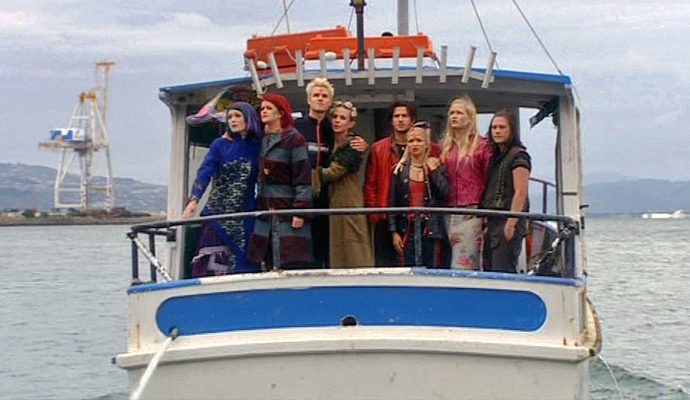 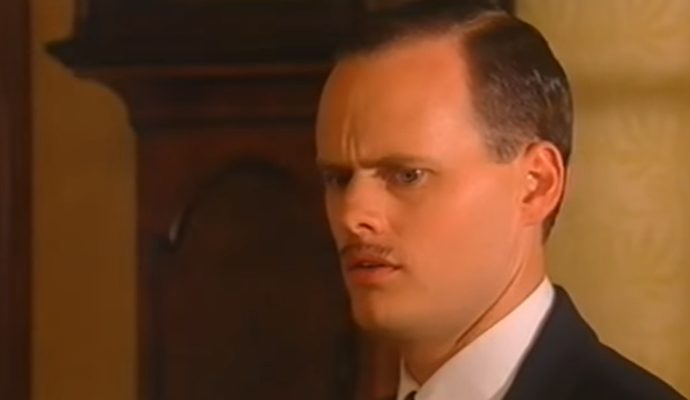 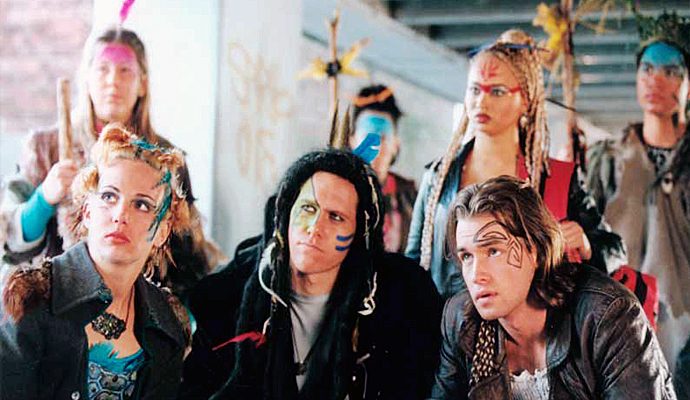