Cold, calculating, and very aware of what she wants, this Techno officer is absolutely ruthless, so it comes as no surprise to discover that she is related to Ebony. Though she is very loyal to Ram and is presented as one of his ‘wives’, Java does take an interest in Jay, but he does not take her up on her advances. Regardless, Java’s loyalty to Ram as their leader is without question, as she appears very protective of him and ensures that everything is the way that he likes it.

She is also a well trained fighter and can often be seen by the pool sparring with other Technos. When Java finds out that Siva is seeing Lex, a virt, she is completely furious. She tries everything to split them apart, but it doesn’t work. In the end, Java even fights Lex in Reality Space, but this still does not deter the two. Her plans continues, as she ensures that Lex finds himself surrounded by woman, like Kandy, who he can not resist. Though she breaks her sister’s heart, she also regains her companionship.

However, the two sisters continue to grow further and further apart, as Siva’s heart is firmly set on Lex.

Despite the events which unfold, Java stays loyal to Ram to the very end, and she ends up being captured during the Mall Rat’s retaliation against the Technos. However, we soon begin to question Java’s so-called loyalty…

It is quickly uncovered that Java has been working with Mega in order to manipulate Ebony, tormenting her with Reality Space and hallucinations of Zoot. The two Technos work together to take over Ebony’s mind and use her as a catalyst to cause chaos and disorder within the City, hoping to prompt people into relying on the Technos. Though Siva is in on the act, she hates what she is doing to her other sister, but she can not deny the feeling of being together again as a family.

Eventually, Ebony becomes suspicious of Java and realises what is happening. Though Java manages to extract herself out of the situation, she is eventually brought to Liberty by Ram, and it is clear that the two are in love. But Java’s vendetta against Ebony is never ending. When she discovers that the source of her hatred is within Liberty, Java tries to kill her in a duel.

Always the sister to defuse the tension between the two, Siva steps in to intervene … and ends up dying in Java’s crossfire. Shocked and infuriated, Ebony retaliates, firing back and killing the last of her sisters. 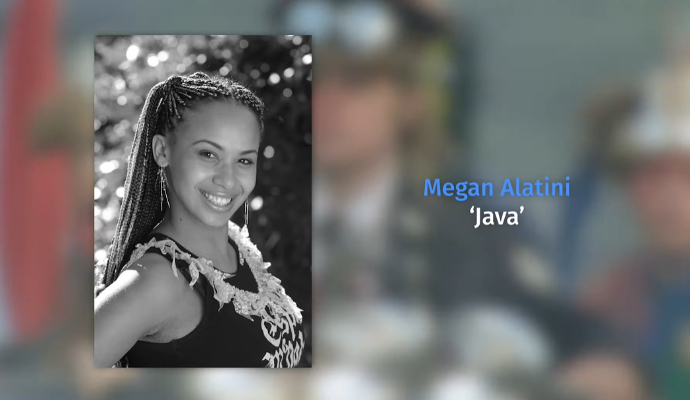 Raymond Thompson hosts a lockdown interview with Megan Alatini. Megan played the role of Java in The Tribe. 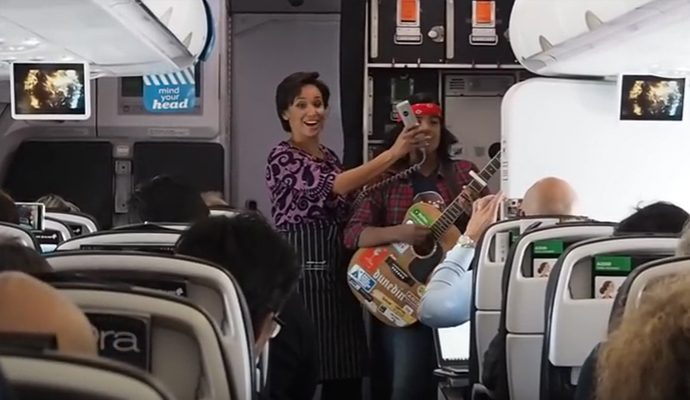 During a rather bumpy ride on an airline flight to Auckland, Megan Alatini (Java) was approached by an onboard passenger who wanted to sing a song in order to help calm everyone’s nerves.