Discover more about the team behind Conversations On Eagle Mountain, the in-depth episode-to-episode podcast about The Tribe. 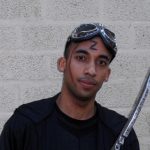 Lance was instantly hooked by the very first episode of the show when it originally aired in 1999 on Channel Five over in the UK. He fell in love with the post-apocalyptic concept and the way that the show tackled hard-hitting issues without talking down to its audience. The Tribe quickly became a major part of his life … and it hasn’t left!

Needing an outlet for his creativity, Lance soon started up The UK Tribe Project, gathering fans from around the UK in order to film his own stories set within the world and continuity of The Tribe. This soon evolved into Tribe Sector 4 Productions – a more reflective branding of the international fan contributions within all his projects.

Lance now owns and runs THETRIBE.CO.UK which contains all of his productions alongside regularly updated cast appearances, interviews, and information about the show itself. 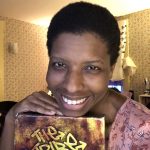 Liz aka Tribebohemian is a Gay Divorcée, happy mother of two. She’s been writing and telling stories since she could speak and pick up a pen and was Larping before it was even an acronym. She went to uni for psychology and theatre (it was the 90’s and you didn’t need to be financially viable) and her areas of self proclaimed expertise are in the art of storytelling as a whole and character development.

She discovered The Tribe back in 2000, when she moved out on her own. Turns out digital cable was one of the best unnecessary purchases she ever made She was immediately hooked and it became a mainstay of her adult life. Her children were weaned on it, The Mallrats and Locos just as real to them as other legendary fictional bands of misfits. She dabbled in fan fiction for a few years, mostly known for her season six exploration “The Radix” and what if story “Ryan’s Song”. She finally stumbled upon RPGs and truly found her calling. She spent some time playing in Mallrats (Tribe Revival) before finally finding her home at LITT (Life in the Tribe) where she’s an admin, graphics organizer and giddily juggles 20 characters, including Mega, Pride and Dal (because the dead don’t lie down in fiction).

She’s pleased as a peddler with a penny to be a part of this panel where she can indulge her obsession weekly. 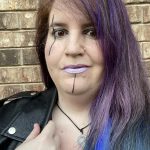 Hillary aka Hil, first started watching The Tribe in 1999. Since that time she’s written fan fiction, done a few closet cosplays, and served as tribal leader on the now long gone site Tribe Red Dragon, and a few other things. The Tribe eventually lead her to go to film school where she specialized in script writing and cinematography.

Somehow during that time she completely abandoned The Tribe fandom except for when finals were kicking her behind. Which isn’t totally true she’s been known to use Rancid Phlegm as a placeholder when ever a cool band name is needed. When countless reruns by herself wasn’t the same she reconnected back into the fandom eventually joining The Mallrats on Tribe Revival where she role plays as Lex.

Outside of The Tribe she collects autographs and film memorabilia. Is active in both the Firefly and Hitchhiker’s Guide to the Galaxy fandoms. Drinks way too much coffee but she’s given up Red Bull nearly completely. But that is also a total lie. 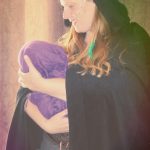 Sabine aka Velasca is an autistic mother of one. She discovered The Tribe while she was waiting for another show to come on, way back in 1999, and was completely hooked from day one. After years of sneaking online to hang out on the Tribeworld eyeboards, she ended up as main staff of many fanforums, from The Outkast Tribe to Tribe Universe and Tribe Revival. Though she unfortunately missed out meeting the cast on the original Tribe tour, she had the luck to meet Calen and Caleb while they visited the Netherlands many years later.

Her favorite part of The Tribe is everything to do with The Chosen. In rpg’s she always tends to play her absolute favorite character, Trudy, something she has done for over 10 years now in the Mallrats rpg. In 2011 she ended up winning The Guardian’s robes during the official online Tribal Gathering, which will always be the crowning piece of her The Tribe collection. Other then The Chosen, she also has a soft spot for the Techno’s and openly admit’s to liking Danni over Amber.

Over the years, she’s had the privilege to meet several of her fellow European fans. She feels blessed that over the years, The Tribe brought together an amazing group of fans, that have stuck together through the good and the bad, and in it’s way, forming a Tribe of their own.