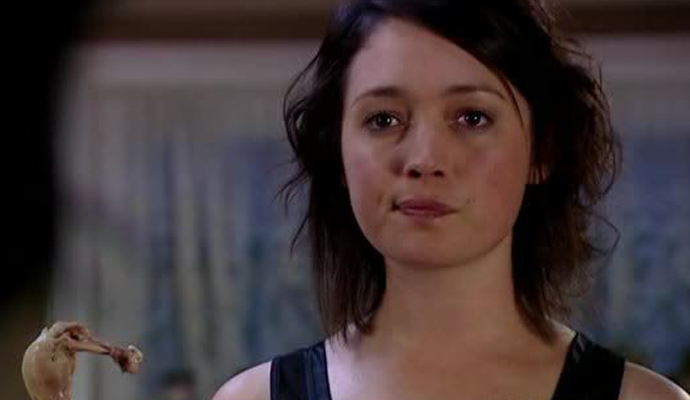 In The Tribe, one of my favourite actresses was always Antonia Prebble (Trudy). From the very first season she played her character so well and believably. From the initial birth to the post natal depression Antonia was one to watch.

Unsurprisingly Antonia continued her acting career, one of the few actors from The Tribe who has done so, and she has taken on some seriously iconic roles.

As Loretta West in the NZ series Outrageous Fortune, Antonia was given a real chance to shine. She started the role playing a 16 year old teenager who was highly intelligent, savvy and had a dark side. Antonia was an absolute natural in the role – you could be fooled into believing you were watching her own life on the screen.

As the series developed and the character developed, we could clearly see on screen the development of her acting skills. Again she was lucky enough to portray childbirth and one can only assume her birth scene in The Tribe would have helped her in this!

Her character developed into a no-nonsense, almost evil woman who Antonia managed to portray extremely convincingly. For once we saw Antonia’s sexual side; her outfits moved from tshirts and jeans, to 50’s style dresses and heels. She became the knockout of the show – overshadowing Siobhan Marshall who played her sister during the entirety of Outrageous Fortune.

While The Tribe allowed us to see Antonia grown from a teenager into a young adult, Outrageous Fortune saw her blossom into a woman. She was fierce, flirty and a bad girl. What is there not to love? For me this will always be one of Antonia’s best roles and one every Tribe fan should see.