BRAY explains that he’s been spying on the tribe to make sure the mall is a safe place to bring TRUDY to have her baby— but should she be allowed to stay? Meanwhile, CLOE finds a new four legged friend that’s been chased through the streets by the locusts, and PATSY and PAUL discover JACK’s secret stash of food. 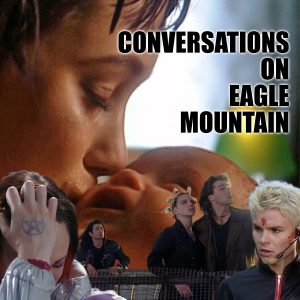