The world began without the human race. Now, after a mysterious pandemic decimates the entire adult population, it looks as if it will end exactly the same way.

Unless the young survivors – who band together in warring Tribes – overcome the power struggles, dangers and unexpected challenges in a lawless dystopian society to unite and build a new world from the ashes of the old.

Birth Of The Mall Rats is the first story in a compelling series of novelizations of the global cult television phenomenon, The Tribe.

Kelson Henderson Guest Stars In ‘Spartacus: War Of The Damned’ 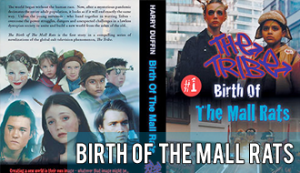