Inspired by the cult classic television series The Tribe, exciting emerging manga artist Carolin Tempest has combined her manga passion with The Tribe!

In this affectionate homage, the reunion features an interesting take on what occurred to the original characters and is a special ‘look’ at the world of the Mall Rats in a primarily stylised graphic novel incarnation.

The Tribe: Reunion will prove to be highly collectible given that it’s published in the 20th anniversary year since The Tribe was first broadcast and heralds the first of many new versions being planned of graphic novels which will take The Tribe into the next decade and far beyond – as fans, new and old, enjoy anything and everything about The Tribe which focuses on building a new and better world from the ashes of the old.

And in so doing ensures that the mission statement is intact where all concerned ‘keep their dream alive.’

A Podcast With Raymond Thompson

Archives From The Tribe – Meryl Cassie Auditions For Salene 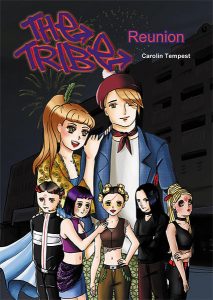 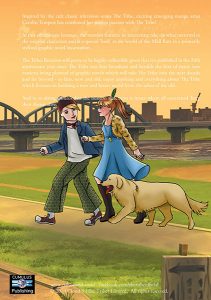